Even though Roman Reigns is the premier star of WWE, Big E believes that The Tribal Chief doesn’t get as much credit as he deserves. The Powerhouse of Positivity praised Reigns, lauding his in-ring ability and hardwork.

Roman Reigns is undoubtedly one of the biggest names WWE has ever built. With his influence spilling even outside WWE in recent years, The Head of the Table is second to none in WWE at the moment. Being one of the most consistent performers in the company has put him on another level and his work following his return at WWE SummerSlam is just a testament to his perseverance.

Speaking with Sibashish Nandi of News18, Big E had the following to say about the WWE Universal Champion:

“There is a lot of work that he has done to solidify being that guy a lot of people didn’t give him credit for.” Big E said. “People do not give him enough credit either for what he has done in-ring and his in-ring abilities. He is an excellent pro-wrestler he excellent at his craft and he has so many excellent matches under his belt, so, I have a ton of respect for what he has done. I have seen him work hard. In FCW, in those days he came in just like us. But you can say he got it right away. He has a certain charisma; he has a certain presence that a lot of people didn’t have that earlier, so, we always knew he was going to be someone.”

Catch Big E in conversation with Sportskeeda Wrestling in the video below, where he touches upon a diverse range of topics about his WWE career. 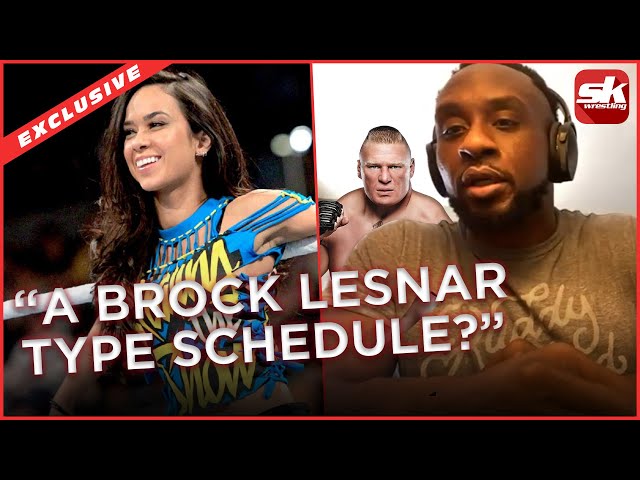 After being absent from WWE for over a year, John Cena made his much-anticipated return at Money in the Bank to have a stand-off with Roman Reigns. In the following weeks, it was made clear that the leader of the Cenation was going after the Tribal Chief. The two-generational talents are now set to lock horns at WWE SummerSlam.

Last night at WWE SmackDown, Roman Reigns upped the stakes by stating that he would leave WWE if he lost to Cena. Who do you think is walking out as the WWE Universal Champion? Share your thoughts in the comments section below.