In an interview with Jose G of Sportskeeda Wrestling, The Archer of Infamy stated that being a champion in WWE would mean the world to him. He added that winning the title would help his name live on forever.

“So first, to me, being a champion in the WWE is, like, that’s part of that childhood dream. You know, how I’ve said it a bunch of times about how I want my name to live forever. That’s how you do that. It lives forever in the WWE history if I win a championship. Like, you can’t take that away from me. And that’s a 100 percent something that I have to do in my career here. I have to be a champion. So that would mean the world to me.”, Damian Priest said.

Damian Priest praised Sheamus; Agrees to bring back the US Title Open challenge

Damian Priest heaped praise on his SummerSlam opponent and said that The Celtic Warrior is a guaranteed Hall of Famer and it will be a great opportunity to prove himself against a guy like him.

“Facing Sheamus? The best version of Sheamus, the guy who is going to be a guaranteed Hall of Famer. I get to prove myself against that guy. Also awesome.”, said Priest.

John Cena was the United States Champion for a brief period in 2015 where he put his title on the line weekly in an open challenge where a new superstar would challenge him for the title. This helped elevate stars like Neville, Kevin Owens, and Sami Zayn amongst others.

It was an exciting concept that was genuinely enjoyed by the fans. Damian Priest recently teamed up with John Cena and hence was asked if he would bring back the US Title Open Challenge. He showed his eagerness to bring it back should he win the title. He added that it would help give a title opportunity to superstars who miss out on them and give him a chance to prove himself against the best.

“As far as the open challenge? Yeah, I mean, why not?! I mean, because there a lot of people that deserve championship opportunities that don’t normally get them, you know for whatever reason. So maybe this could be the chance like, hey, bring me your best. I also need to prove myself against the best to continue this legacy I want my name to live on. Yeah, I am all for it.” Damian Priest added. 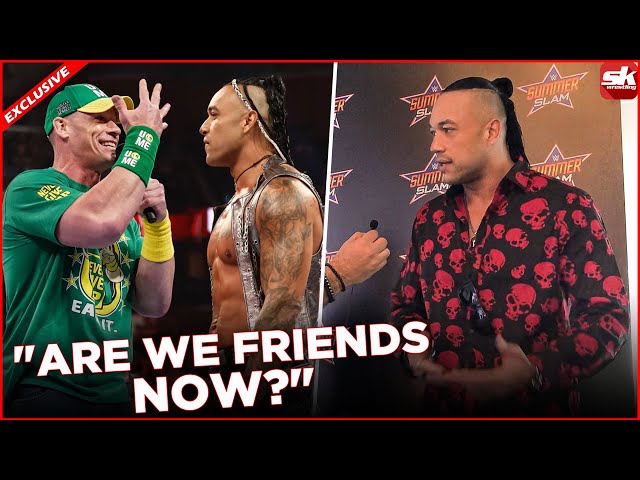 Do you think Damian Priest will be able to capture the US title? Are you excited about the prospect of an Open Challenge? Sound off in the comments.