MMA legend Chael Sonnen is well-acquainted with both Conor McGregor and Michael Bisping.

In an episode of Beyond the Fight posted on the official Chael Sonnen YouTube channel, the 44-year-old chimed in with his thoughts on the ongoing war of words between Conor McGregor and Michael Bisping. Sonnen stated:

“Who’s going to decide to have the final word? And how are you going to have the final word to close this chapter and move on without looking as though you’re avoiding the fight? And moreover, at what point do you want it to end? Even if it’s a fight you don’t want to have, it’s getting headlines. I’m sitting over here talking about it.”

Furthermore, Chael Sonnen indicated that the ongoing Conor McGregor vs. Michael Bisping feud is garnering a considerable amount of attention, which is benefitting them. Sonnen said:

“Guys, ever seen my numbers? They’re right to the left of the screen here. They’re huge, and I’m covering it. Do you want that to go away? Is that something that you would want to go away? What would be the advantage of that? Let’s see how far this goes. Let’s see how the back and forth is. I’m not sure that they’ve got a whole lot more to throw at each other, right?

Catch Chael Sonnen’s comments in the video below: 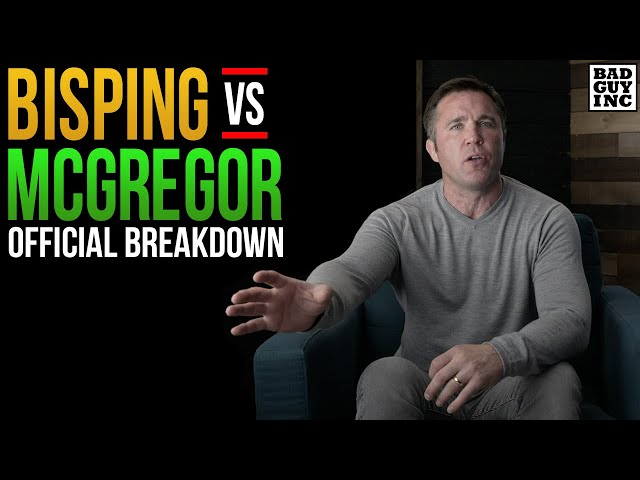 Conor McGregor vs. Michael Bisping is unlikely to lead to an MMA bout

The belief is that a potential Conor McGregor vs. Michael Bisping MMA fight is unlikely to ever materialize.

Apart from the size and weight difference between them, there’s also the fact that Conor McGregor is still an active MMA fighter whereas Michael Bisping retired from the sport a few years back.

Bisping now works as a UFC analyst and commentator.

Bisping is unlikely to compete in a professional fight again, due to his past eye injuries.

Meanwhile, Conor McGregor is currently recovering from a leg injury and is expected to return to the octagon in 2022.